Iconic, so it has been several times defined this chair and we are proud of it. When designers Lorenz Kaz presented us with this project, we were happily surprised. It was for our first collection in 2011 and responded perfectly to the brief of working trying to create a sign and inspired by art. 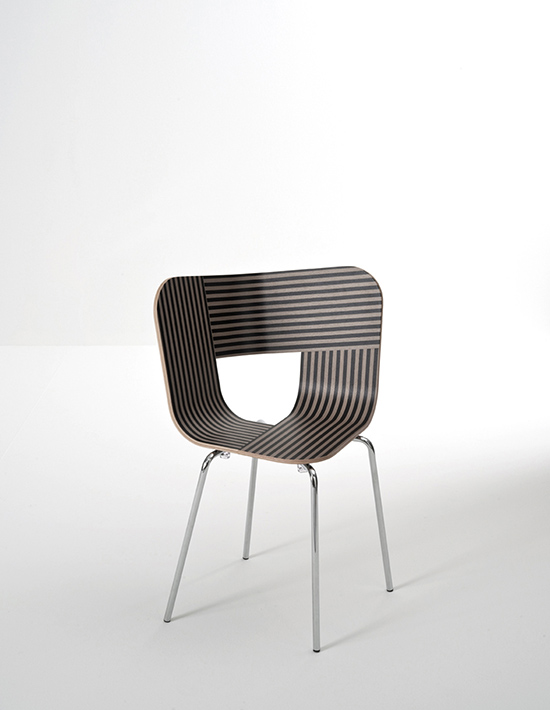 They had clearly done center! We immediately fell in love with this project that became the icon of our brand.

During the 20s, Vogue hired talented photographers to shoot fashion design. The most influencial were surrealists Man Ray and George Hoynegen-Huene.

Hoynegen-Huene’s sharp style and brilliant feel for light proved the perfect means by which to express the modernity of cubist-inspired beachwear.

There is something about the texture of his black and white images that one seldom finds in contemporary work.

As a result of synapse and visual similarities we wanted to approach our Tria stripes to a masterpiece of photography by George Honeygen Huene, master and lover of Horst.

Furniture music is a term coined by Erik Satie in 1917 to define background music played live and constituted of an indefinite number of repetitions, composed for the inauguration of a famous Parisian gallery.

The striped finish, in particular, was conceived as a tribute to the graphic genius of Maurits Escher, whose works featured the mathematical symmetry of nature. The graphic artist was inspired by the intricate tile work featured in Italian and Spanish architecture.