Semiotics, as the study of signs and symbols that are embedded in human communication all over the world, is a key word in the project Three Wise Mirrors. 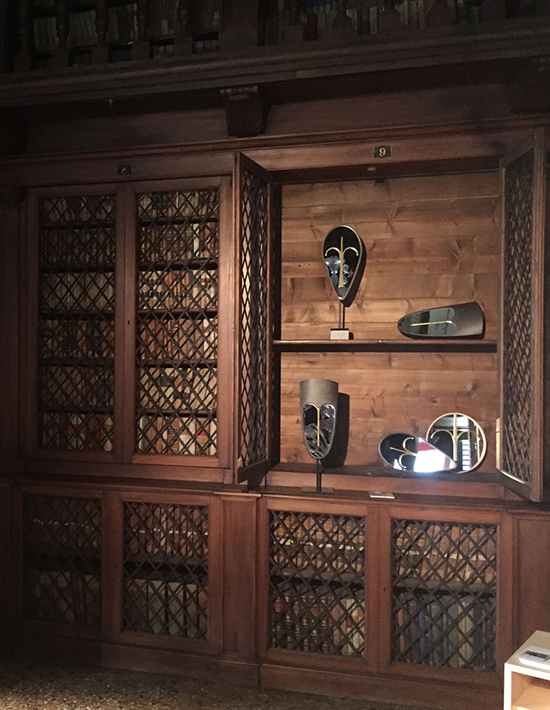 House of a tribal masks collector

In 1926, Man Ray photographed Alice Ernestine Prin, better known as Kiki de Montparnasse, a social fixture of the Parisian bohemian scene of the 20s. And yes, the same Kiki who would later

inspire the eponymous, uber-sexy lingerie brand. Representing the surrealist’s affinity for African Art, the photograph features Kiki’s resting head alongside that of a tribal African mask.

Every time you name yourself, you name someone else .— Bertolt Brecht

The Semiologist offers a perspective on the society that has as its point of origin the object itself, or speaks of the object as such by showing

Towards the middle of the last century, semiotics and design begin to become interested in each other. Semiotics wanted to go beyond the expressive substance of the language, studying the material culture and the life of signs in the context of the social life of a given period.

From a leave there was the practice, that is the design, which sought to construct its own theory, and on the other the theory, semiotics, which sought confrontation with a series of cultural, artistic and technological practices. Both disciplines were intended to study mass societies.

Barthes wanted to show how under what is considered obvious, the ideological abuse of the consumer society was concealed.

The Semiologist offers a perspective on the society that has as its point of origin the object itself, or speaks of the object as such by showing how the stylistic choices bring precise cultural meanings. The objects become thereby “meaning producers”.

Design is based on the form-function dichotomy, the relationship between these two elements in turn is based on a code that must be shared by those who produce the object and those who take advantage of it.

Man is least himself when he talks in his own person. Give him a mask, and he will tell you the truth –
Oscar Wilde

Wise Mirrors are an example of the symbolic relationship between form and function.

In design, functional forms are often of unprecedented beauty. These two objects are an interesting example of symbolic relationship form- function:

Marcel Duchamp, one of the art world’s greatest innovators, expressed joyful wonder for this juicer of German production of the 50’s.

Man Ray, the renowned surrealist artist and photographer, had expressed a witty commentary on the relationship between free art and applied design by giving this palette table as an example.

Brancusi’s recognizable style is graceful in its basic, archaic and primordial forms. Brancusi was focused on the organic motifs as well as the art and folklore of Cycladic, African, and Balkan cultures throughout his successful career. He also influenced legendary sculptors such as Giacometti, Richard Serra and Isamu Noguchi.