High-backed armchair or chair with a hieratic look? Colette is both, is an oxymoron, a work of art enriched by two seemingly contrasting concepts: comfortable hieraticity. 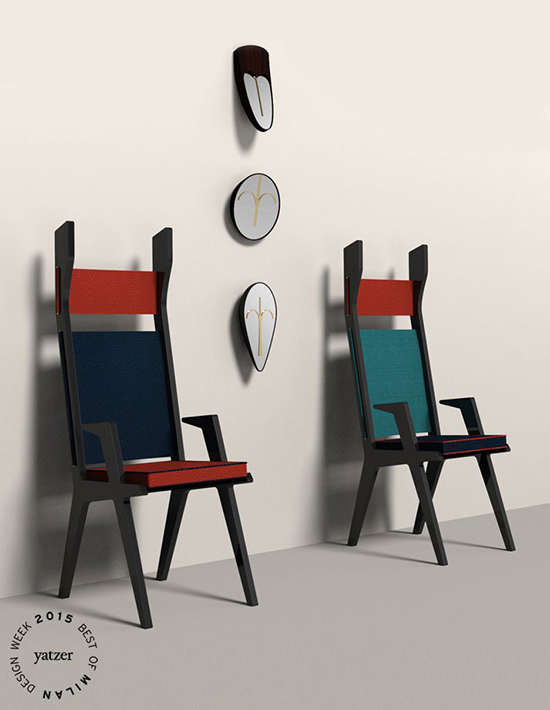 Colette evokes Africa and the contrasting and modern lines of Rietveld, as well as Brazilian design inspired by the aboriginal culture of Sergio Rodrigues and the archaic and contemporary genius at the same time of the great Italian artist Mario Cerioli.

Colette is a medieval throne that evokes castles and knights, is the Roman throne of Brutus in the paintings of Jacques Louis David.

Colette encloses in its outline the evocation of an archetype without frontiers, this is its strength, freed from apparent contradictions.

The archetypes are more than symbols, since their nature is almost numinous: they constitute a sort of “universal innervation” of the psyche, the essence that gives life to the symbol and the power that allows the latter to endure in the eternity.